When you think of the word bullying, what comes to mind? Is it a child being picked on at school? That’s the most common perception of bullying, but adults can be bullied too. Adult bullying, however, is very different from childhood bullying and often occurs in the workplace. Instead of a child being teased in front of a crowd of bystanders, the bullying often takes place between boss and subordinate, and usually behind closed doors. The impetus for the bullying is also very different. At school, a child is targeted for being different. At work, an employee is targeted because he or she is perceived as a threat.

What is workplace bullying?

According to the legal definition of bullying, there are two criteria that must be met in order for a behavior to be considered bullying. The behavior must be aggressive and include (1) an imbalance of power, and (2) repetition.

According to a survey done by the Workplace Bullying Institute, 72% of workplace bullies are bosses. Since most people are financially dependent on their jobs, and their boss has the potential to take away that job or make things very difficult, the target is automatically the underdog. And if an employee fears job loss, he or she is more likely to keep quiet and tolerate the aggression, which enables the bully to repeat the behavior, often with impunity.

While workplace bullying can take many forms, it can be subtle and escape the notice of those further up the ladder. Given its covert nature, it’s helpful to know the tactics. Listed below are some common behaviors that a boss may use to bully a subordinate: 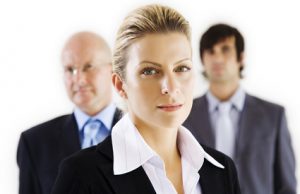 Early in my career, I changed jobs frequently to broaden my experience. As my expertise and leadership skills grew, it seemed that I was getting a disproportionate number of “bully bosses”. Since I usually get along well others, I was puzzled by this phenomenon. I wondered if I was doing something to attract the bullying. As it turns out, workplace targets do tend to fit a certain profile.

According to findings from the Workplace Bullying Institute, workplace targets are not the loners or outcasts. Instead, they are usually among the most skilled in the work group. While most bosses would consider a skilled worker an asset, insecure bosses can feel threatened, and thus, want to sabotage that person. The perceived threat can be compounded if the skilled worker also gets along well with the other staff or is the “go to” person for guidance.

Independence is another common trait among workplace targets. They are free spirits and do not enjoy subservience. I work best with bosses who trust my competence and take a more “hands off” approach. My need for autonomy can make some bosses feel out of control, which only intensifies the perceived threat. As a countermeasure, some bosses resort to bullying tactics that are designed to manipulate and control.

How should you respond?

One of the biggest dilemmas is deciding how to respond. Some options include: reporting the bullying, asking for a transfer, quitting the job, or some combination of these choices.

I wish I could offer the advice that you should always report the bullying so that it may be resolved. Unfortunately though, this approach can carry great risk, depending on the culture and policies of your organization. Many employers and HR departments lack awareness of workplace bullying and do not have policies in place for reporting and addressing this issue. According to one survey from the Workplace Bullying Institute, over 85% of people who reported bullying found that employers ignored the complaint or made the situation worse. On the other hand, being silent is really not the answer either, since the act of not speaking up is what allows the bullying to continue.

If you decide to leave your position, do your best to line up another job. If you quit your job voluntarily, you will not be eligible for unemployment benefits. However, if you are experiencing severe emotional trauma and serious health issues, you may need to leave your job immediately. In that case, you can file an appeal with the unemployment board, claiming that the bullying gave you “good cause” to quit. Unfortunately though, these types of cases can be lengthy and are often unsuccessful, especially if your employer disputes the claim and/or you lack direct evidence of the problem.

As for me, I have always left bullying bosses behind, while also reporting the problem. I sometimes reported the bullying as it occurred and sometimes upon my departure. My results were mixed and inconsistent, even within the same company. But even under the best case scenario, I was never fully gratified with the response.

Based on my experience, I feel that workplace bullying does not get nearly the attention it deserves. It is under reported and overlooked in most companies. Unless awareness is increased, laws are passed, and bully prevention training is mandated, the problem will persist. Many states are considering healthy workplace legislation, though no laws have yet passed. It is my hope that the day will come when workplace bullying is no longer supported by the culture, and a safe and healthy workplace is an entitlement for every employee.